It started with a Tweet. Or rather it started with four Tweets, sent by FKA twigs on July 18th. “Hey I’m running a free dance workshop in Baltimore tomorrow afternoon,” it began. The next day, with the temperature running in the 90s, around 400 dancers answered the call, and came in their droves to Baltimore’s Lithuanian Hall. As they waited in the queue, impromptu voguing battles broke out.

“Over the past couple of years, Baltimore has always seemed to be in the news for really sad and tragic things,” the 28-year-old British artist explains. “When I was thinking about doing a dance project, the obvious places would be LA or New York but I thought why not go to a place that obviously has so much soul and so much amazing energy? You’ll be able to connect with them rather than being another artist that is passing through.”

Baltimore is a city which comes with preconceptions. Many people know it only through The Wire, the sprawling HBO series which focussed on its drug gangs and political corruption. In recent years, it has endured grim headlines after multiple police shootings of local black men. The weekend before the workshop, 65 people were arrested at a Black Lives Matter protest in the city.

“I just wanted to see what the truth was, and the truth was very different from what the media had made it out to be,” twigs says. The city she found had an energy, an openness and a spirit she fell in love with.

“When you are there and everyone’s laughing, or you walk down the street and someone helps you with something. How you feel a beat pulsing under your feet that makes you want to explore. When you call 400 people into a room and by themselves they start whiling out and going crazy, doing backflips, dancing together. That’s soul. That’s vitality.”

The obvious places would be LA or New York but I thought why not go to a place that obviously has so much soul and so much amazing energy? 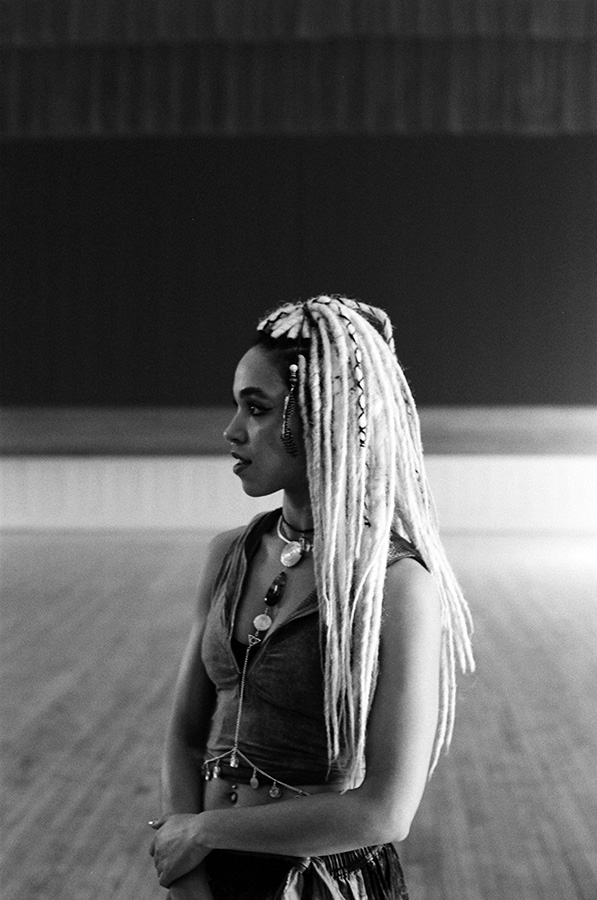 twigs was delighted by the turn-out – “It would have been really awkward if nobody showed up and it was just me and my tour dancers” – but even more than the numbers, she was thrilled by how open everyone was. All those who were there that day – from the dancers to the filmmakers to twigs herself – comments on the supportive, communal energy that emerged very early on.

“It’s about setting an intention,” twigs says. “It’s not an audition. It’s meant to be fun. When it’s an audition, you are there to annihilate your competition. When it’s a safe place, you’re there to work with each other and grow together. It’s more of a community. There is no rivalry, it’s not for personal gain. It’s for everyone to come together.”

As her choreographers Ramon Baynes, Kash Powell and Dominic Lawrence took it in turns to lead the dancers through different routines, twigs threw herself into taking part. “I’m a dancer. What am I going to do? I am not going to dance by myself, or stand there watching. I want to dance with people and I learned from dancers that were there that day.

For the other dancers, the fact she was there on the floor with them was one of the things that made the event so special.

“She was dancing literally next to us, helping us with the choreography, being super human with us which was really beautiful,” dancer Matthew Livingston said. “We know her as twigs this amazing artist but we got to know her as twigs, somebody on the dancefloor.”

When it’s an audition, you are there to annihilate your competition. When it’s a safe place, you’re there to grow together. 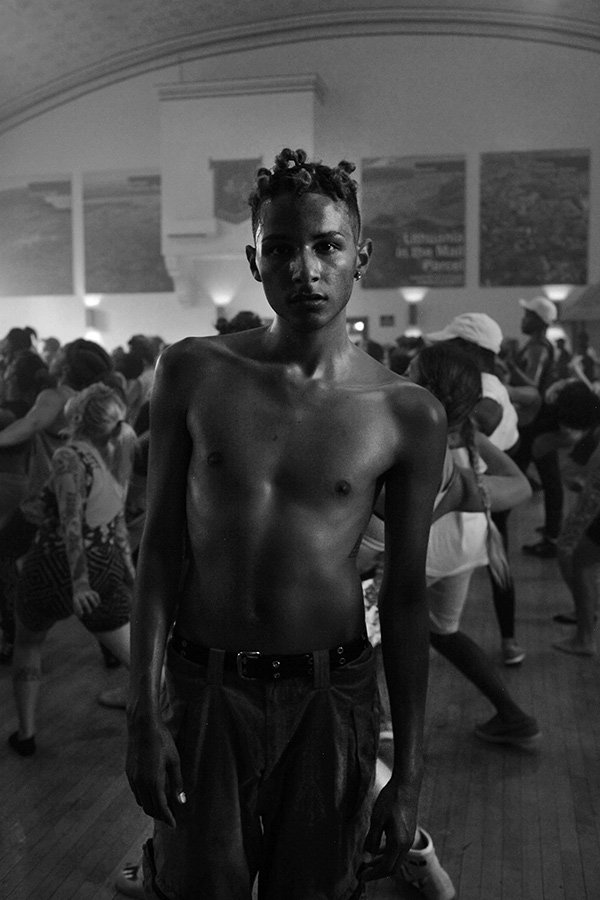 Over the course of five hours, the group of strangers became something different, something bigger. “We built a language and a vibe and a sense of family,” Matthew says. “Dance brings everyone together, it’s in our blood and in our hearts.

“With dance you get to create a universe and you have the power to let someone into that universe. For five hours we created this atmosphere that just kept growing.”

Baltimore is way bigger than I am and will ever be.

For Nick Walker, a longtime twigs collaborator and the director of the documentary, this changing energy suited his style perfectly.

“I am really open to letting things grow,” he explains. “Often times failure comes about when you try to force something into what you think it should be, instead of listening and watching and learning.

“I trust and believe in twigs and she trusts in me too. So going in and not knowing exactly what would happen, I knew that we could figure something out. There’s always a story to tell, and it’s just a matter of how much presents itself to you and how much you have to find it.”

It’s not easy though to recreate on film what everyone there in Baltimore describes as a very particular energy, a sense of something special happening. For Nick, it’s about being alert and focusing on the subtleties as much as what seems obviously interesting.

“I think it’s all about grace, carrying that into the edit and picking indirect moments that pull that out,” he says. “You want to cause a reaction, and the climax of a scene wouldn’t be the climax without the nuances that build up to it.”

Nick has succeeded admirably in capturing the spirit of the event on film, and doing so was important for an awful lot of people. Some of the dancers, like Sheena Moore, had travelled hours to be there, for the chance to share a dance floor with twigs.

It's easy to make yourself an enemy of your own progress, when your thoughts get into your head.

“I think when I discovered her music I was at a crossroads,” Sheena said. “I felt like I was trying to be something I wasn’t. When I notice there is pressure to be something else or someone else, I need to step back and say no, I am not going to do that. I am going to do it my way.”

These sentiments were echoed by local dancer Chance Ward. “Being from Baltimore, and being a black male, you feel like there are a lot of things you can’t do, or can’t associate yourself with. Femininity, dancing, flamboyance all of those things are quite taboo.

“twigs has inspired me because she is one of those people who taught me it is ok to be weird. We all know there will be comments, and there will be haters, but at the end of the day it’s about being able to tap into parts of yourself that you may not be able to otherwise.”

Everyone in that room, we are all connected now and for the rest of time what we made that day went up into the universe. 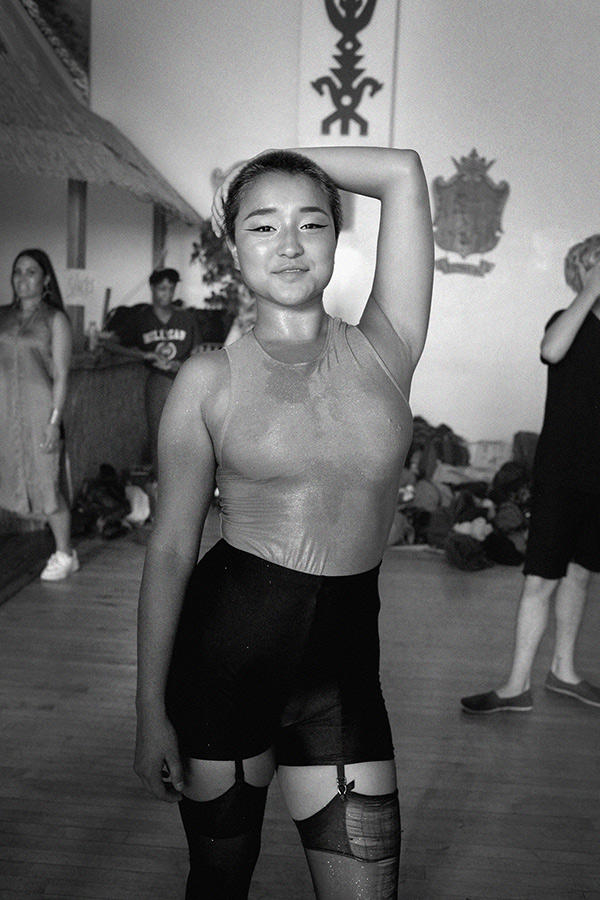 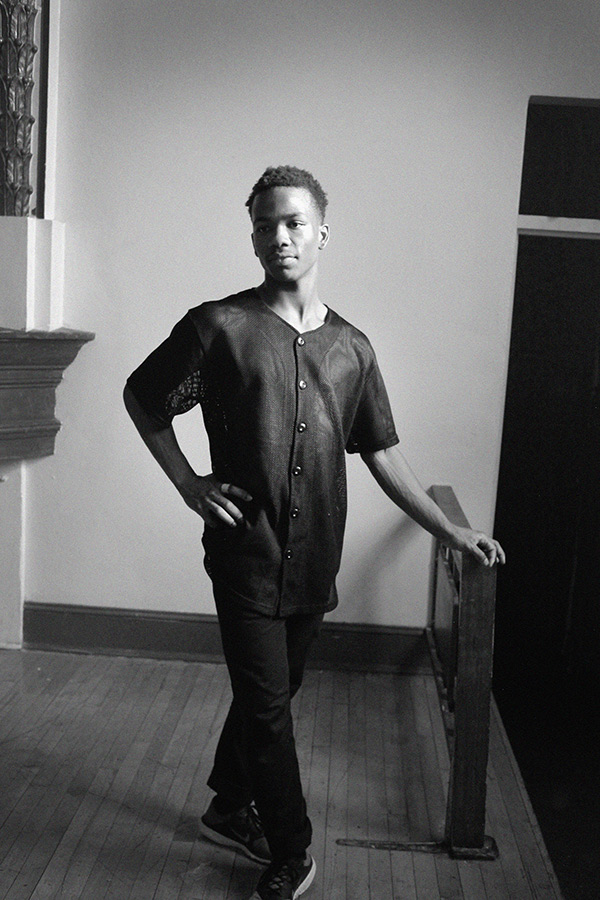 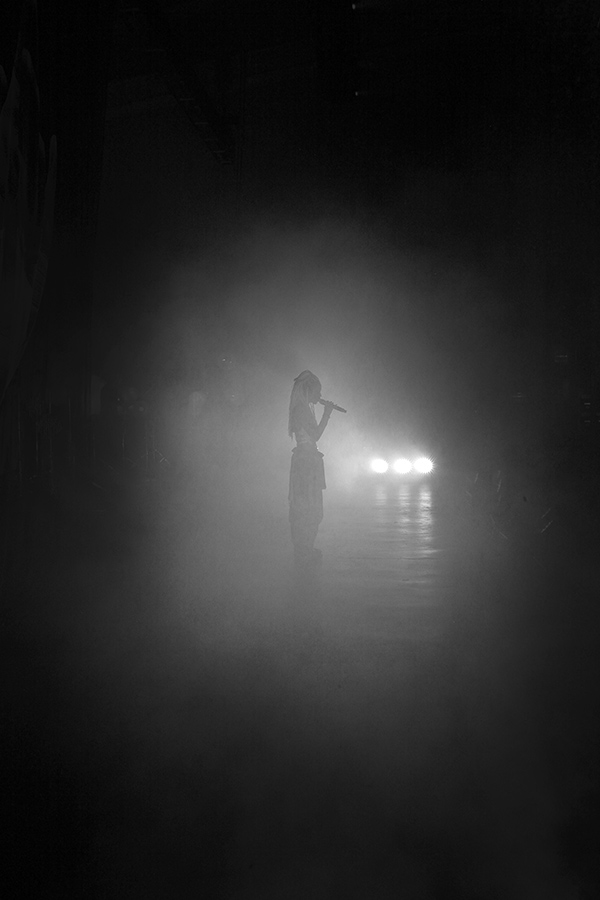 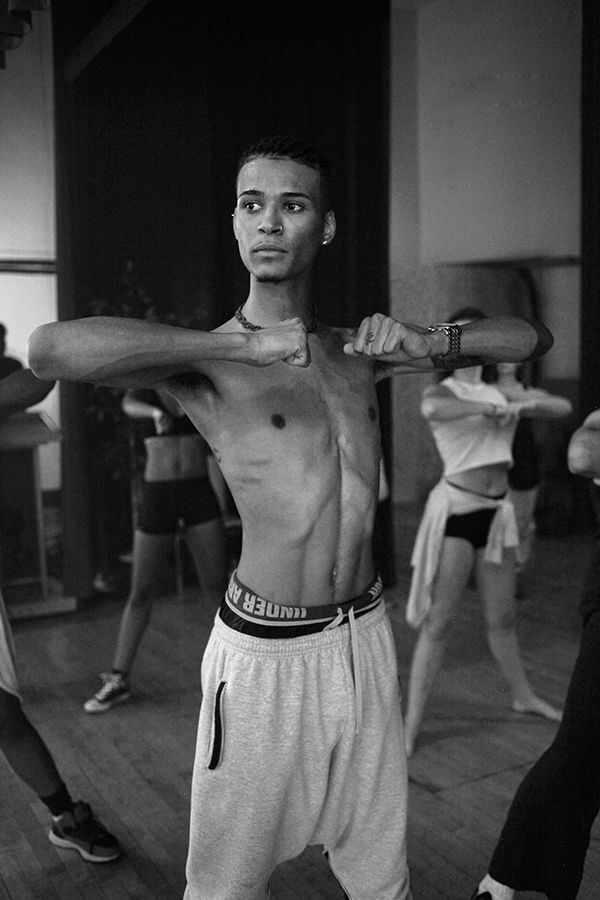 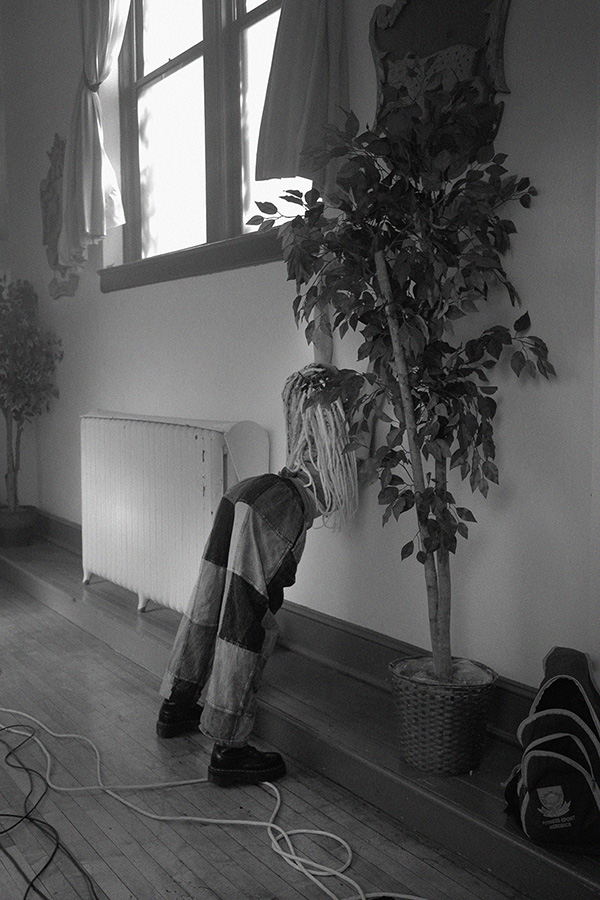 twigs too found the experience very fulfilling. “It’s a two-way thing,” she says. She wanted to connect with the dancers on an individual level, and through that connect with Baltimore’s soul.

A group of dancers was picked to appear on stage with her at her show in the city the next evening, but it wasn’t a case of just choosing the most accomplished dancers.

She wanted to have them with her at her show, “so that Baltimore could recognise their own magical people, that they could have the feeling of being valued and understood by their city, by their community, by their friends and their family.”

She baulks though at the idea she was somehow “giving back to the community.”

“That idea is so patronising. Baltimore is way bigger than I am and will ever be. The legend of Baltimore, every single thing it’s been through, every single person who was born there, that left, that came back, that went into the world, that spread their Baltimore energies wherever they went, that is way bigger.”

Instead she sees herself as a part of a tribe who believe in beauty and the power of creativity.

“I am not the leader of that tribe, I am just lucky enough at the moment to have the facility to be able to call people together,” she explains. “I always say it’s easy to make yourself an enemy of your own progress, when your thoughts get into your head.

“I found myself in a position where I can remind people to stand really tall and say you’re incredible. Everyone in that room, we are all connected now, we all had that experience, and for the rest of time what we made that day went up into the universe.”